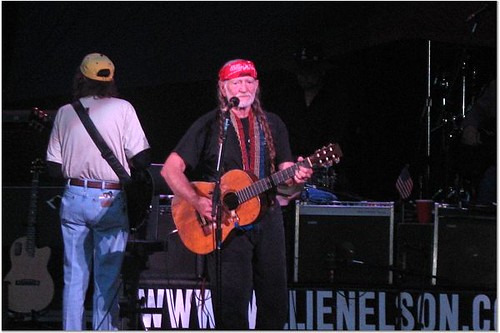 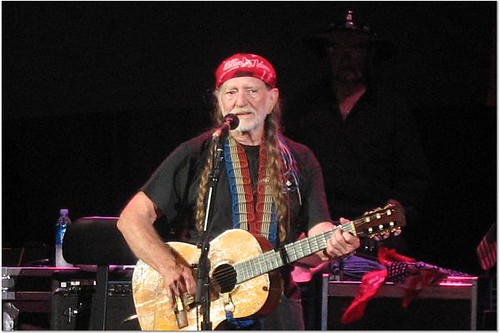 So I cashed in on my way early birthday gift on Wednesday night. Willie Nelson and John Fogerty in concert at Oak Mountain Amphitheater. It was an incredible concert, and I’m so thankful to J for surprising me with the tickets. We had a great time laughing at all the crazy drunk people dancing the Carlton dance all around us. We arrived early so we sat under the pavilion watching the no-name preshow band and played a fun little game called Pregnant or Not? I think there were more Nots than Pregnants, but it was a tough call on some. 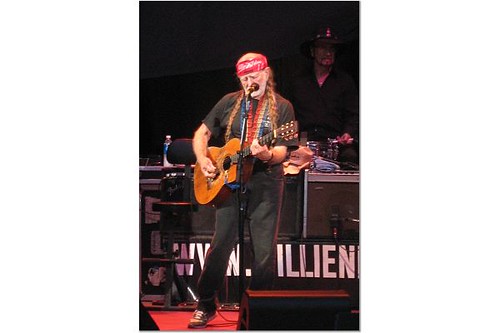 Willie is so old, bless his heart, but man he is a legend and you just have to appreciate that. He spoke his music more than singing it, but that’s ok. He’s earned the right to do whatever the hell he wants on stage. He’s so cool, you just have to respect his presence and all the beautiful songs he’s contributed to this world.
Thanks to my sister for taking all these great pics.  She was also at the concert, but her VIP seats were alot closer to the stage than ours.  She took some awesome shots. 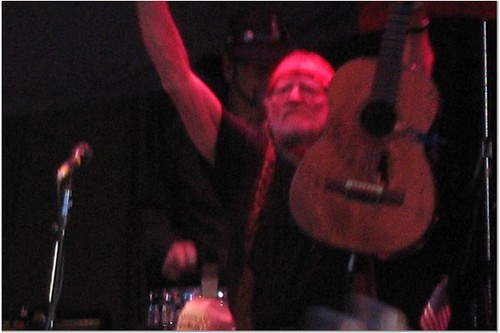 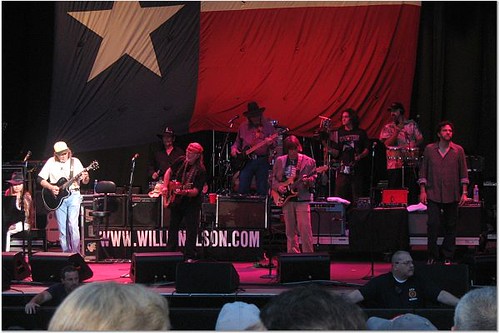 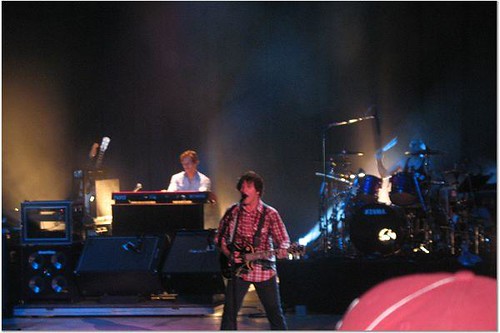 John Fogerty was AMAZING. Before he took the stage they played a short montage with just the intro of his most famous songs and I had chills thinking of all the talent that is in the little pinky toe of this man. “Proud Mary”, “Born On the Bayou”, “Bad Moon Rising”, “Lodi”, “Green River” “Commotion”, “Travelin’ Band”, “Who’ll Stop the Rain”, “Looking Out My Back Door”, “Long As I Can See the Light”, “Centerfield”, the list goes on and on and on. Truely amazing talent.

He’s well into his 60’s, I assume, and he was jumping around for 2 hours just singing his tail off. He put 200% into the concert. Plus, his voice was just the same as it was on the original songs from the 70’s. It was so incredibly good. A true rock and roll performance. I swear at the end of “Bad Moon on the Rise” he not only said “There’s a bathroom on the right.” but I also heard “There’s a BEDroom on the right.” Maybe the thick smoke that hung in the air clouded my hearing, but I swear he said both of those! :o) 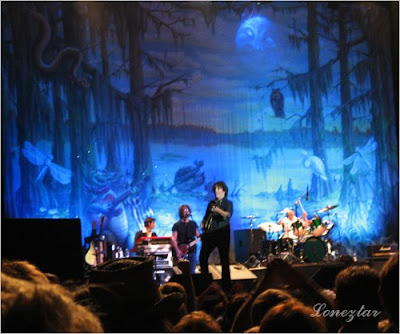 For his encore he dropped the backdrop and there was this huge painted mural of a swamp with gators, bugs, snakes, and a big bad moon on the rise. It was painted with glow in the dark stuff and when they turned the black lights on I looked at J and said, “We GOT to paint Boudreax’s nursery in this theme!!” (Boudreax is our unborn, yet-to-be-conceived child, by the way). It was the coolest thing!! A swamp themed nursery! So awesome. With all the crickets and frogs we have screaming around our house every night it would be perfect.

So thanks again, dude, for the coolest birthday gift! That was a once in a lifetime event- seeing Willie Nelson with John Fogerty together in concert.  Willie might not be around much longer to put on a show, and I’m honored to get the chance to see him now.