Garrett is one month old today, and what a very long month it has been. It seems like a big blur with no distinction between days and nights. J and I haven’t had anything more than a 4 hour stretch of sleep since January. Most of the time it’s an hour here and two hours there. We’re very ready for this sweet baby to start sleeping better very soon. The first two weeks were nothing but 1-3 hour cycles of eat, sleep, poop, repeat. Now that I’m mobile again and able to leave the house things have gotten much better. I try to get out of the house at least a few times a week, even if it’s just to go through the Chick-fil-A drive-thru or the bank. I have taken him to Walmart and Target a few times, and to my parents house. He also made his first trip down to the lake house on Sunday! 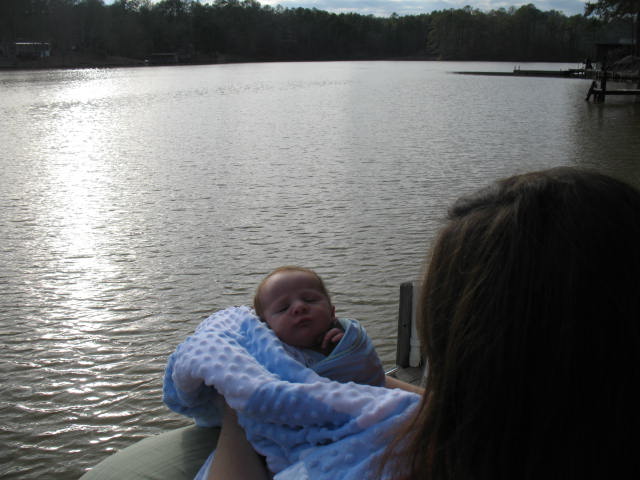 The weather is slowly teasing us with some warmer days so fishing fever is setting in for me. Unfortunately they don’t make life jackets for 8 lb babies, so I think we’re out of luck this year on the fishing scene. I wonder if I duct tapes him in bubble wrap if he would float? heeheee Just kidding. Maybe next year he can go for a boat ride.

He is doing really great. We went to a breastfeeding support group yesterday and he weighs 8lbs 9oz!!! That is up from 7,14 two weeks ago! He was 8 lbs exactly when he was born and had lost down to 7,3 when he was 4 days old, so this weight gain was crucial. I fed him for about 15 mins on one side only and weighed him again. He got 2.5oz of milk in that short amount of time!! Yahoo! So I feel much better about how much he is eating. He is already wearing size 1 diapers and is growing out of his newborn size clothes. The 0-3’s are still a little big, but we’re using them anyway.

He is so strong we can barely change his clothes or diapers if he decides he doesn’t want to bend his legs or arms. He also has incredible neck muscles and is doing great at holding his head up already. From day one he’s been trying to roll over and has almost succeeded a few times. I have to keep a hand on him on the changing table already.

We are so thrilled that he is in our lives and could never have imagined how wonderful and tiring parenthood would be. J and I have planned a date night tomorrow night for the 5 year anniversary of our first date. It will be hard to leave him but really good for us to get out of the house together alone for a minute. We need that for our own sanity I think. J has been such an amazing father. I could never have done this without all of his help. He makes me laugh just when I’m on the verge of a nervous breakdown at 3 am and I haven’t slept at all. I am so thankful to him for being so helpful, especially since he went back to work two weeks ago. He gets peed on and pooped on and puked on, but still keeps on smiling and supporting me and Garrett. I love you, Babe!

I hope all of you are doing great! Thanks so much for your support and well wishes over this month. I’m sorry that I haven’t been more talkative, but it seems like I never have time to talk. I’m usually camped out on the couch and the cordless phone battery is dead, or I’m changing a poopie diaper or trying to console a screaming baby when one of you calls. Hopefully I’ll get better at communicating soon.

In the meantime I’ll try to keep you updated here!

Here are some of my favorites pictures so far: 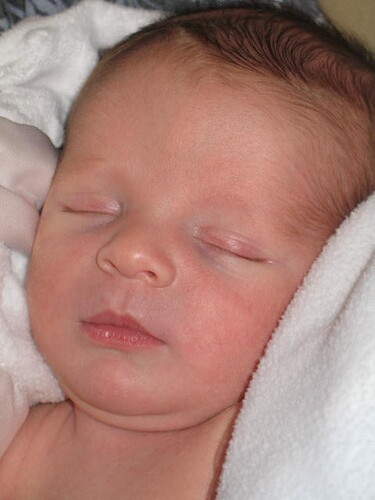 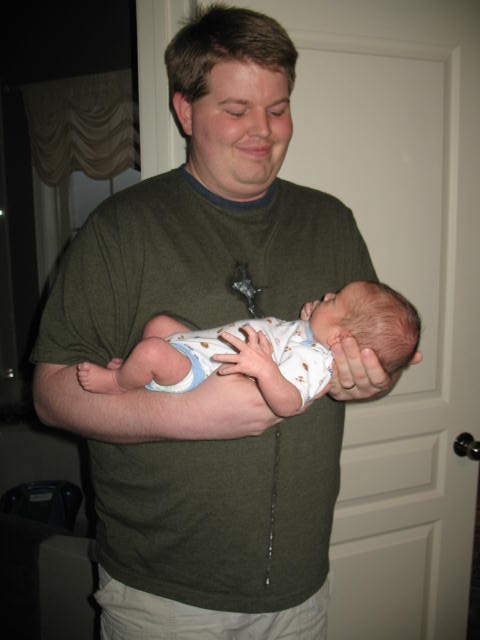 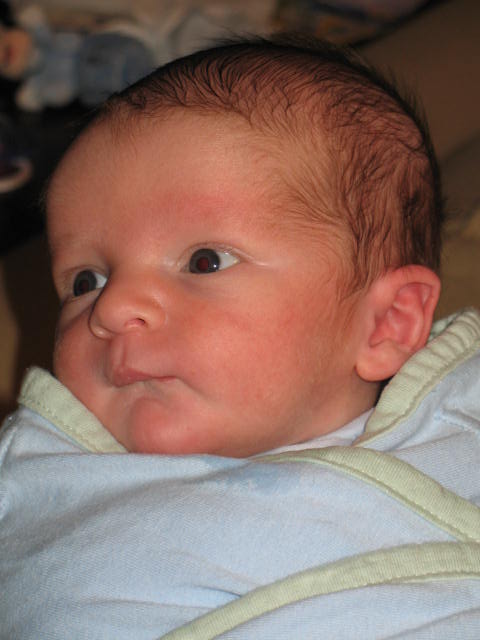 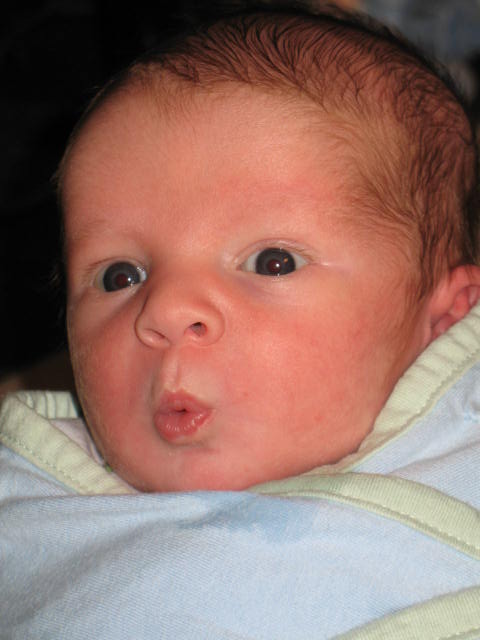