On Thursday we went to G’s 6 month checkup at the pediatrician. He weighs nearly 19 lbs and is almost 27″ long. That is the 90th percentile for height and 75th for weight, same as last time. He’s a big boy! Get this–his head circumference is 19.5″ which is the 95th percentile!! Bless his little bucketheaded heart. 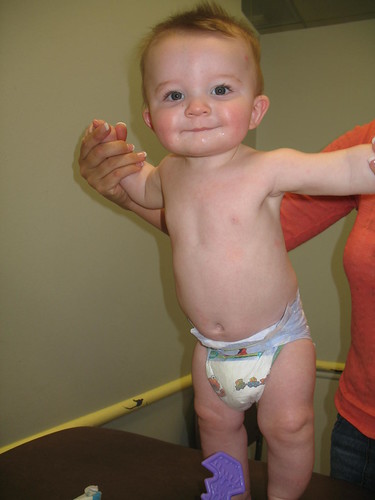 But he comes by it honestly, I guess. 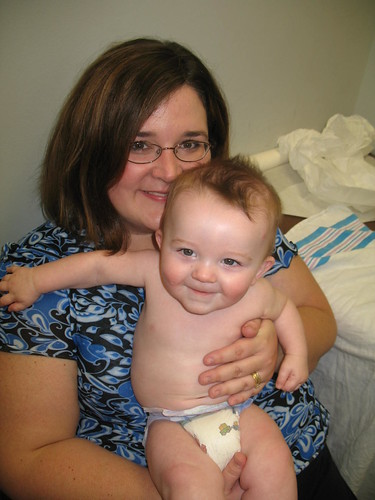 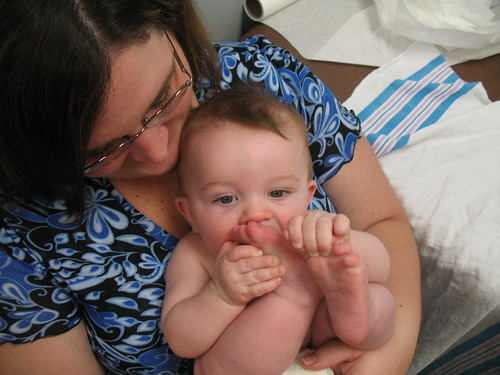 He loves to eat almost anything we put in his mouth, except for two day old avocado. That didn’t go over so well. He also wasn’t too sure about the Cinnamon Raisin Granola Breakfast the other day. I tasted of it and it was great except for being a little bit sour. He made faces all through the meal and spit most of it out, though. 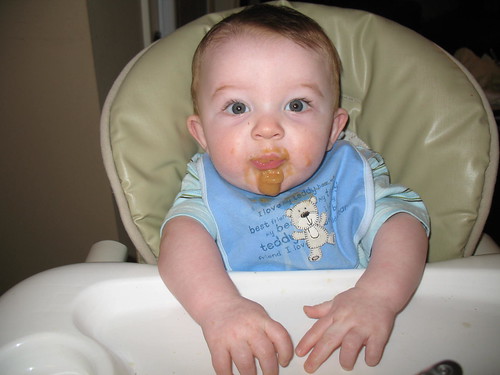 The doctor said to let him eat three of the Stage 2 baby food jars a day. Good greifous, we were barely eating two of the Stage 1’s! I am not sure he will eat that much yet, but we can try it and see. He’s finally learned how to hold his bottles, which is great for me! 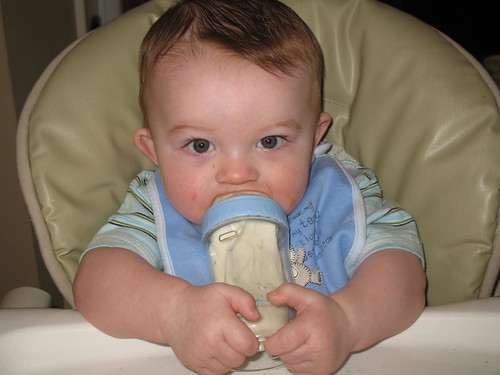 He got four shots, which is never fun. After the initial shock of it he did ok with the shots. He had 4 little round bandaids on his legs. On the ride home we were laughing because he had pulled on off and it was stuck on his cheek. It was so cute we took a picture. Once we got back to the office I didn’t see it anymore, so it never occurred to me to be a problem. 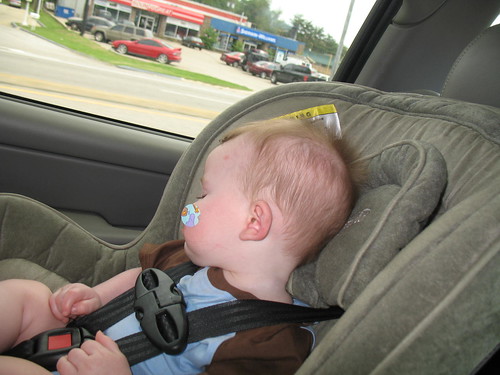 Later that day he was sitting on my mom’s lap while we all visited with my Aunt. He kept making a face like he was chewing on something. Then he started making a gagging face. I jumped up and asked if she saw him put anything in his mouth, but neither of us had seen him with anything. I swiped my finger in his mouth and came out with nothing. Then he started choking and gagging even worse, so I stuck my finger as far in the back of his mouth as I could get it and swiped again. He coughed and I came out with one of the bandaids from his leg on my finger! How scary is that? I would never have imagine that could have happened, so beware moms! I hate to think about what would have happened if it had gotted stuck over his windpipe!

I am definitely going to have to babyproof my house very soon. He is into everything now.

He is so long that he no longer fits in his Graco Safe Seat. We had to switch out the carseat for the convertible Evenflo Titan. I cannot believe he’s too big for the Safe Seat already. It was rated up to 30 lbs! He is nowhere near that, but the length is the problem. He’s so long that the straps just won’t reach over his shoulders and buckle without nearly strangling him. He has also outgrown the moose shoes that my mom bought for him. I just got them out of the drawer for him to wear them to school. After wearing them all day his little foot was rubbed raw from the elastic band. Bless his heart, he’s got his mama’s fat Fred Flintstone feet. 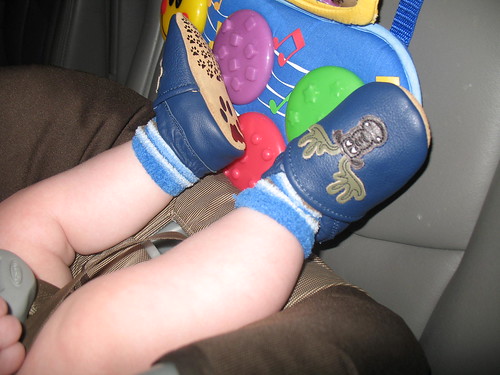 His Papa came to pick him up for a playdate yesterday and brought him a new hat. He still has plenty of room to grow into it, thank goodness! 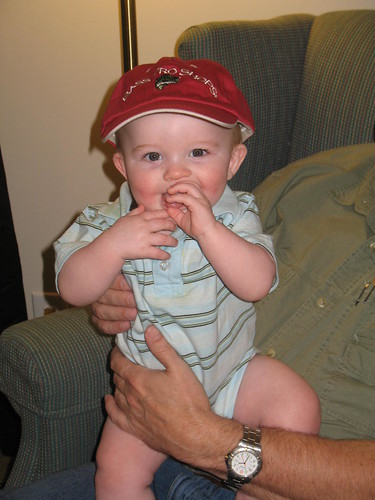 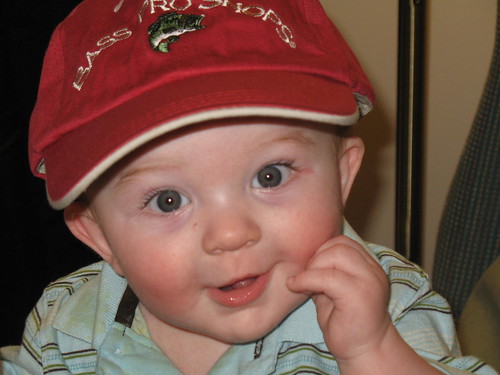 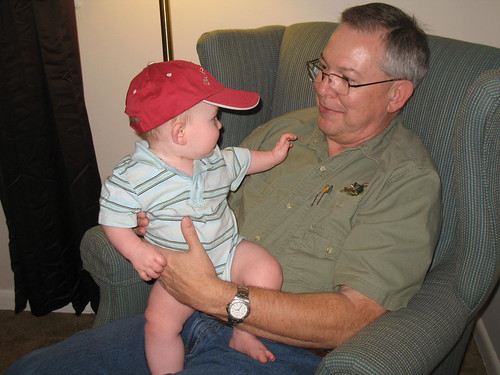 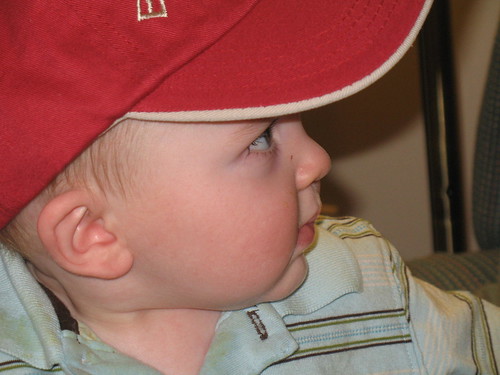 I cannot believe my baby is looking so much like a little boy.