So we’ve had record lows for the beginning of 2010 here in Alabama. After record amounts of rainfall last year it hasn’t been above freezing at night for the past two weeks! Not since the 1940’s have we had lows below 25 degrees for this long. Before that it was 1899 since temps have been this cold. It’s just craziness for us. Finally the sun comes out just when the mercury plummets faster than the Freefall at Six Flags.

Gus and Woodrow are loving it because that means they get to sleep indoors at night. I have learned that Woodrow snores like a truck driver. At midnight last night I was lying there wide away listening to him sawing logs. I could hear it loud and clear even though he was on the opposite side of the house IN THE BASEMENT. Either I have really thin walls, or like my friend Kent said, Woodrow needs a doggie C-PAP machine.

We went down to check on the lake cabin last weekend and to pick up a load of our DVD’s that have been hiding out down there for a few years. While we were there we decided to let G run wild outside. He love it even though it was F-F-F-freezing outside.

Yes I realize my kid should be wearing gloves. But he had on a hat AND a hood, so I get double points for that, right? 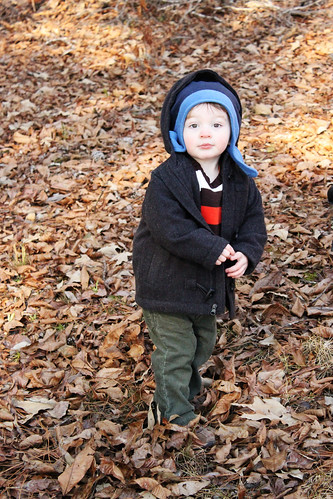 He played the “how many pinecones can I carry” game. Answer: 3 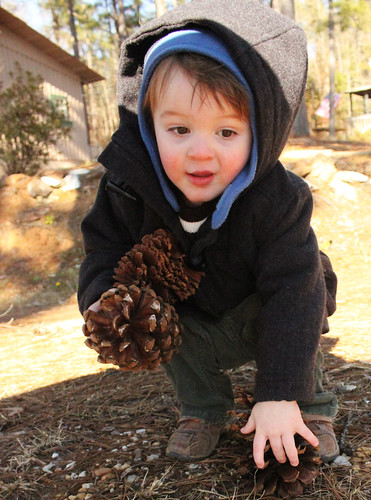 Our day spent outside in the freezing cold sunshine outside the lake cabin also included checking out the neighbor’s new flag. Garrett was thisclose from reaching it.

It wasn’t so cold that we were figure skating on the lake or anything, but we saw some ice carvings from Mother Nature that would make a cruise boat ice sculpturer jealous. 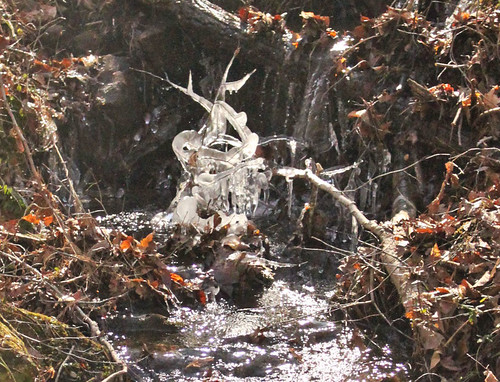 It was finally warm enough today that Garrett could get back to not wearing shoes on the way to school. Mother of the year here. 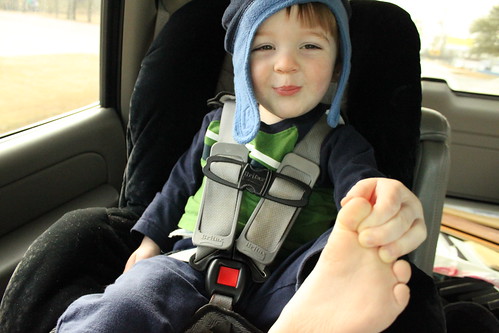 But hey, at least he’s still wearing his hat! He actually put it on all by himself and yelled from the backseat, “Mama! HAT!!” He was so proud. 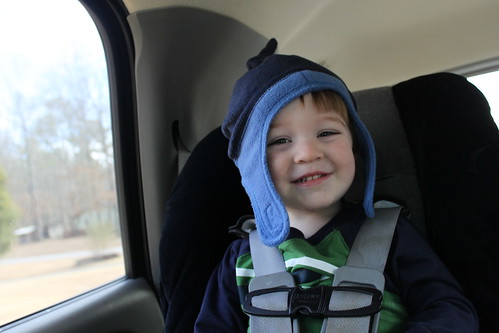 Hope y’all are staying warm, wherever you are!

The chandelier and the exposed brick on the stairc